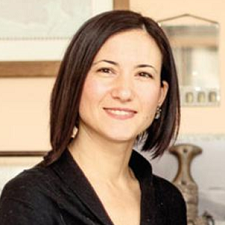 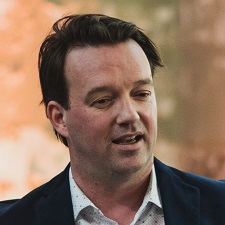 Founder of aNNo architects and visiting Professor at the University of Leuven.

Professor at the Institute of Construction Materials (IWB) and Director of the Materials Testing Institute, University of Stuttgart

Dr. Ege Yildirim is an urban planner and heritage conservation specialist with 20+ years of experience working in Turkey and internationally. Based in Istanbul since 2013, she is an independent consultant and scholar.

She previously worked at KA-BA Architecture, Ankara; Abu Dhabi Authority for Culture & Heritage; site management of the Historic Guild Town of Mudurnu; and the EU-Turkey Anatolian Archaeology and Cultural Heritage Institute project, Gaziantep. Ege was a Fulbright Scholar at Pratt Institute, New York and a Kaplan Fellow at Koç University, Istanbul, and most recently, ICOMOS Focal Point for the SDGs. She is currently coordinating the Sustainability Thematic Debate of the OurWorldHeritage Initiative.

In 1986 he received the Ehrensenator-Huber-Preis (Honorary Senator Huber Award) from University of Karlsruhe and in 2000 the award of G.A. Müller Foundation. In 2003 he received the State Teaching Award of the State of Baden-Württemberg. Since 2013 he is President of WTA e.V. – Wissenschaftlich-Technische Arbeitsgemeinschaft für Bauwerkserhaltung und Denkmalpflege e. V.

This website uses cookies to improve your experience while you navigate through the website. Out of these, the cookies that are categorized as necessary are stored on your browser as they are essential for the working of basic functionalities of the website. We also use third-party cookies that help us analyze and understand how you use this website. These cookies will be stored in your browser only with your consent. You also have the option to opt-out of these cookies. But opting out of some of these cookies may affect your browsing experience.
Necessary Always Enabled
Necessary cookies are absolutely essential for the website to function properly. This category only includes cookies that ensures basic functionalities and security features of the website. These cookies do not store any personal information.
Non-necessary
Any cookies that may not be particularly necessary for the website to function and is used specifically to collect user personal data via analytics, ads, other embedded contents are termed as non-necessary cookies. It is mandatory to procure user consent prior to running these cookies on your website.
SAVE & ACCEPT